The Hong Kong Company registry is the agency that forms and regulates companies in Hong Kong.  The entities are formed under the Hong Kong Companies Ordinance 1984. Unlike countries such as Nevis and the Cook Islands, the names of the company officers and directors show up in the public records. One can utilize nominee officers for privacy purposes.

A local Hong Kong company differs from an offshore Hong Kong Offshore Company because the offshore company pays no taxes. A domestic corporation, on the other hand, pays a corporate tax rate of 16.5%. The government bases the tax exemption on income earned within Hong Kong.

Currently, Hong Kong is the absolute best option out there for a multi-currency corporate account (16 different currencies), with internet banking at one of the largest banks in the world, in one of the world’s premier and largest offshore banking jurisdictions.

The Hong Kong Private Limited Company formation offered by Offshore-Protection.com is a private corporation limited by shares. This is the most popular form of incorporation in Hong Kong.

This type of company is an appropriate vehicle for a business that desires to limit its liability, seek solely private funding, and produce financial returns for its shareholders.

Hong Kong offshore companies benefit from the jurisdiction not being on the list of worldwide ‘tax havens’, thereby avoiding potential complications from authorities.

Offshore companies also benefit from a politically stable environment, a free port, free flow of capital and a freely convertible HK dollar, in a jurisdiction being ranked the freest economy in world for the 20th consecutive year.

Since the British handover in 1997, Hong Kong has become the gateway into China and with the development of the Closer Economic Partnership Arrangement (CEPA) economic and trade relations will continue to tighten.

The new CEPA arrangement offers preferential access to China’s markets, adding another reason why international businesses choose Hong Kong as a their base of operations.

Hong Kong is one of the most popular formation jurisdictions due to the city being an international centre of information exchange, finance and trade.

It is the third largest financial centre in the world and the largest in South East Asia. Since the inception of Hong Kong’s offshore sector, it has had over a million companies incorporate, thanks in part by its regulatory environment and competitive tax system.

Foreigners can own 100% of the Hong Kong Offshore Company.

The Hong Kong Companies Ordinance of 1984 governs the formation, activities, and dissolution of offshore companies.

A Hong Kong Offshore Company can enjoy the following benefits:

The company name must not resemble or be the same as any other Hong Kong company. The registered agent will investigate company names which are available and reserve one prior to filing the necessary documents for incorporation and government registration.

Here are some uses which many foreigners utilize:

The company’s shareholders will have limited liability protection up to their share capital contributions. 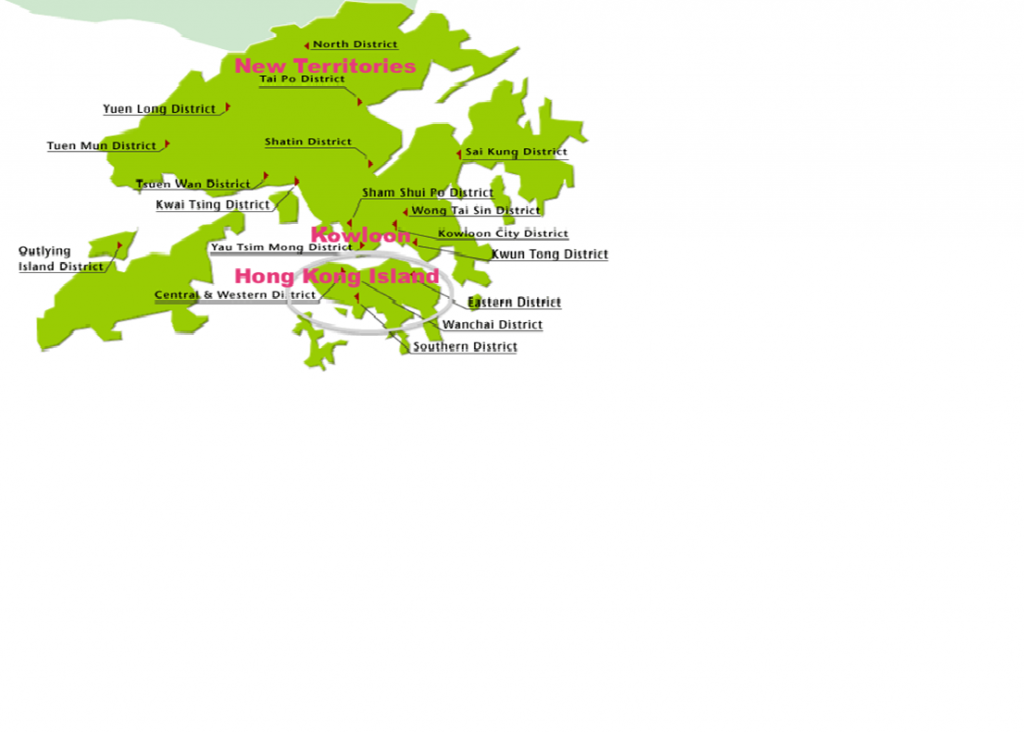 A simple offshore company may be registered in one business day online by the registered agent with the Hong Kong Company Registrar.

More complex offshore companies requires the Incorporation Form (NNC1 Form) and the Articles of Association which the shareholder and director signs. Once they are filed, approval can take just a few working days.

Offshore companies must appoint a local registered agent and may use the agent’s office address and the official registered office for accepting official notices and service of process.

The registered agent will do all the necessary filings and registration to get the offshore company incorporated and registered.

The maximum of shareholders is 50.

An offshore company cannot own shares in other Hong Kong companies.

There is no minimum requirement for the number of directors. Therefore, only one director needs to be appointed to form an offshore company who can be the sole shareholder.
Directors do not have to be residents, they can be residing in and citizens of any country. Directors can be natural persons or corporate bodies.

A company secretary must be appointed who is a Hong Kong resident.

The minimum paid up share capital is $1 HK. The minimum number of shares is one to form an offshore company.

The recommended paid up share capital is $1,000 USD or its equivalent in any foreign currency.

Offshore companies do not pay a corporate tax as long as all their income is derived outside of Hong Kong. An offshore company is not allowed to do business with locals.

On the other hand, an onshore non-resident corporation pays a corporate tax rate of 16.5% on its profits.
In addition, there are no VAT, sales tax, or dividends taxes in Hong Kong. Note: U.S. citizens and residents in all countries taxing worldwide income must report all income to their taxation authorities.

Every Hong Kong company must provide annual audited financial statements to the government. This requirement applies to every company whether big or small.

Accounting records and books must be maintained reflecting the accurate solvency of the company. These records will remain private and are not required to be filed with the government.

Annual general meetings are required for both the shareholders and the directors. Meetings may be held anywhere in the world.

It is estimated that it will take between 1 to 5 business days to complete the registration process. A simple company only takes one business day online to incorporate and be registered. More complex offshore companies require an incorporation form and the Articles of Association to be signed by the shareholder and the director and may take up to 5 business days to be approved after filing.

Shelf companies are available to purchase for faster incorporation.

Advantages of a Hong Kong Company

There are a number of advantages in forming an offshore company in Hong Kong, including but not limited to:

There are many uses for a Honk Kong Offshore Company. One can be set up and used for any legal purpose and for any legal activity, including but not limited to:

However, a Hong Kong-based Offshore Company cannot undertake any business in the banking or insurance sectors unless the relevant licenses are obtained.

Disclosure of Beneficiary Ownership to Authorities

The particulars of the shareholder(s) are available to the general public. Using a nominee service or a foundation to hold the share(s) can preserve anonymity.

The standard authorized share capital is HKD10,000. The minimum issued capital is one share of HKD1 each.

Ordinary shares, preference shares, redeemable shares and shares with or without voting rights.

Company incorporated in Hong Kong is not allowed to issue bearer shares. However, utilizing nominee services, setting up an offshore IBC or foundation to hold the share(s) can achieve privacy.

Hong Kong companies are required to prepare full audited accounts under the company laws. Also, a copy of the audited financial statements is to be furnished with Inland Revenue Department together with Profits Tax Return. The audited financial statements are not available to the public or to the foreign authorities except those of a listed company.

A minimum number of one (1) director is required and full details of these must be filed with the Companies Registry and are available for public inspection. The director(s) can be of any nationality and be resident anywhere. Corporate nominee directors are permitted.

A minimum number of (1) one shareholder is required whose details are filed on the Companies Registry and are available for public inspection. Corporate shareholders are permitted and anonymity can be achieved by the use of nominee shareholders or offshore IBC holding company or foundation. The shareholder(s) can be of any nationality and be resident anywhere in the world.

Company Formations in HK is regulated and enshrined in the Companies Ordinance (Cap 32).

In addition to the above there is the statutory audit fee, which for most situations will be US$700. An exact quote can be provided if operations are extensive, complex or if there are local operations to consider.

Once a bank account is pre-approved, our client must physically be present to sign the documents at the bank in Hong Kong.

Hong Kong has been rated the world’s freest economy by the Index of Economic Freedom for the 20th consecutive year.

Having successfully steered through major worldwide ups and downs, the territory continues to have a high level of market openness (measured by freedom in finance, trade and investing).

This is enhanced by a regulatory environment that is transparent and a tax system that’s competitive.

To top it off, Hong Kong’s highly spirited labour force and strong labour freedom fuel its economy with vigour and an unmatched ability to quickly recover.
Currently, Hong Kong is the absolute best option out there for a multi-currency corporate account (10 different currencies), with internet banking at one of the largest banks in the world, in one of the world’s premier and largest offshore banking jurisdictions.
No bank or reference letters are required under this program!

However, once the account is pre-approved, physical presence is now necessary at the bank in Hong Kong. Only HK 10,000 (around US$1,400) is needed as a minimum account opening balance.
Bank account opening is accomplished within 3 business days after HK company is formed and once signatory has visited. There is no need for all directors or shareholders to visit. This is one of the most hassle-free bank account opening options we know of worldwide.

Hong Kong has a world-class corporate and financial sector with strong corporate laws wide-ranging investment opportunities with a company formation market that is amongst the world’s most renowned markets for non-resident business corporation.

Things to Consider about a Hong Kong Company

Separating Hong Kong Island and the Kowloon peninsula is Victoria Harbour, which is recognised internationally as one of the world’s perfect natural harbours. It varies in width from two to ten kilometres. An additional 13,517 sq. km of land has been reclaimed in the New Territories to provide additional dockyard and warehousing facilities. It is estimated that well over 100,000 containers per month pass through the port.

Hong Kong is the leading South East Asian centre for both finance and commerce and ranks as the world’s third largest financial centre after New York and London. There are more than 160 licensed banks with more than 130 foreign banks having representative offices in Hong Kong and a further 225 licensed deposit taking finance companies all of which play an active role in the financing of international trade and commerce.

The official languages are English and Chinese, with English being used in the commercial and political context and Cantonese and Mandarin Chinese used widely in industry and domestic trade.

Requirements for Incorporation of a Hong Kong Company